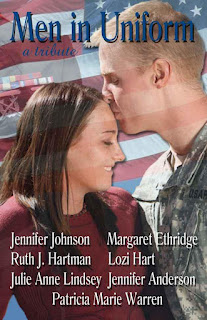 Men in Uniform, a collection of short and sweet romance stories by Turquoise Morning Press authors. We admire a man in uniform, and what better way to celebrate it than a collection of stories inspired by men fighting to defend our country, and the women who love them? This sweet collection of romance spans the generations of men of valor from present day dating back to World War II. The Imposter by Jennifer Johnson String of Pearls by Margaret Ethridge Mind Over Matter by Ruth J. Hartman Dorthea’s War by Lozi Hart Faith, Love, & The Coastguard by Julie Anne Lindsey Knight in Armor by Jennifer Anderson Lightning Always Strikes Twice by Patricia Marie Warren 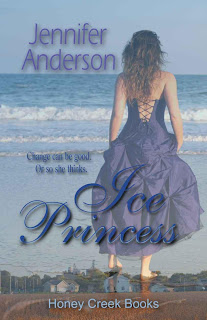 Mya Newman never minded the routine or quiet that came with living in Honey Creek, Ohio. For her senior year, she craves something exciting to happen instead of it melting into a cookie cutter routine like the previous years.

When a new girl, Audrey Moore, moves to town, Mya finds herself caught in a triangle. She discovers hidden feelings for her best friend, Michael Graves, but he seems to have eyes for the new girl.

After Mya's father becomes ill and eventually passes, she turns to her best friend, Michael. He never leaves her side, but she wonders if he'd rather be elsewhere. With fear of rejection and loss of friendship, Mya decides she can't confess her recently discovered feelings.

When Michael and Mya share a dance at the Winter Formal, does she open her heart to him? Or does she shy away, forever longing to be the princess who finds her prince? 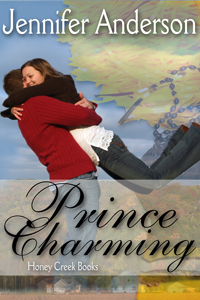 Break-ups are never easy, and Sarah O’Connor finds her hard truth from a note. Furious with the delivery and lack of reasoning, she’s forced to carry on with her life, but Josh’s timing couldn’t have been worse. The Ohio State High School Cheerleading competition is around the corner, and instead of focusing on a monumental win, she’s overwhelmed with the recent heartbreak, jealous when she sees him with a new girl, and confused by lingering feelings of taking him back.

Enter Adrian Beale, a face from her past. Soon, she’s more conflicted because while she knows she needs to move on, making Adrian an ideal candidate, Josh won’t go away.

She decides to put both boys aside to focus on winning state, but when she witnesses an scandalous situation, can she erase what she’s seen, or will the images plague her performance? Can Sarah move on from an old love to a new one, and will she carry her squad to victory?