Today we have a woman that likes a little mystery in her life...*shivers*. Welcome, Bobbye Terry, Author of Buried in Briny Bay. 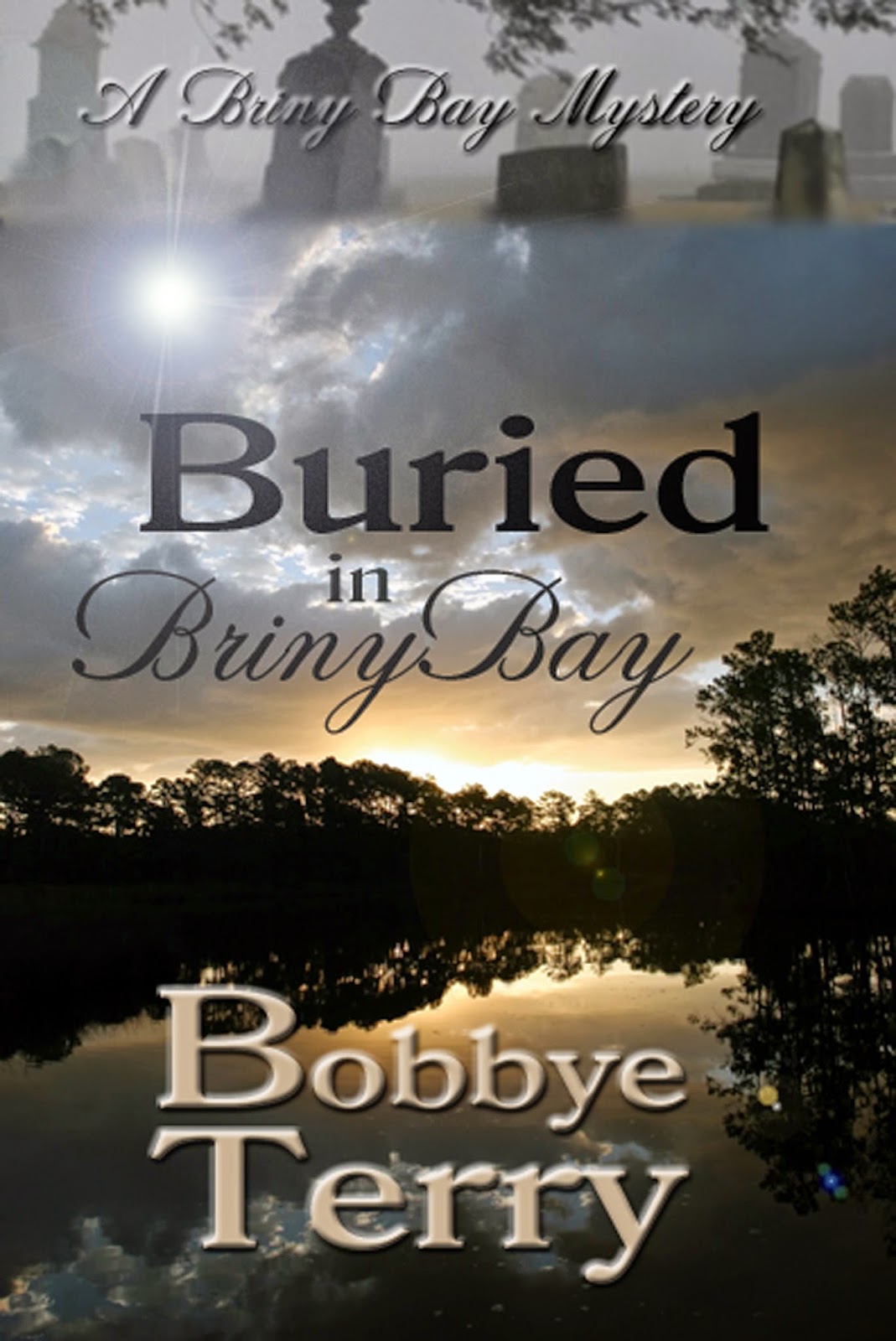 “Hi everyone. My name is Trixie Frye. I’m the second born in a wild and crazy bunch of siblings. Our oldest sister got out of our little bayside town early while the gittin’ was good, and who knows if she will ever be back. However, my sister, Roxie and baby brother, Jack, still live in Briny Bay, North Carolina.  It’s not that we don’t love the stuffin’ out of our little dysfunctional home. It’s just that the place defies explanation. I mean, if you knew it recently gained notoriety for having  the highest per capita murder rate on the Eastern seaboard, you’d probably think just setting your dainty little foot on our sandy soil would be enough to make you seriously consider increasing your life insurance. But, as sure as I am Southerner, you don’t have to worry your pretty little head one tiny bit. Why, we don’t even lock our doors at night.”

“She’s right you know. Roxie Turner here. Nobody from Briny Bay’s gonna’ bother you unless it’s one of our town drunks, and they’ll just crawl up on your porch and sleep it off.”

“It’s my turn to talk, Roxie so stop your yapping. As I was saying, when it comes to As upstanding, everyone except my couch-potato husband, Floyd, and his bunch of misfit sports buds go to church on Sundays. And, thank the Lord for donations at our last picnic social, we even have a pet cemetery. No, we don’t deserve this bad press. Truth be told, we have gone and gotten a bum rap just because of a few mutilated bodies that had the unmitigated gall to end up dead here. Coincidence,  sheer coincidence. You see, it all started with Georgia Adam’s murder. She was Roxie’s lifelong nemesis and Georgia up and croaked in the town landfill with a knife through her eyeball. “

“That’s enough sister. It’s time for me to take over this conversation. She was my nemesis and I did almost go to the big house over this unfortunate misunderstanding. You see, readers, most of the town folk are convinced I, Roxie Turner, the younger prettier sister, am the reason for our sudden surge in the death toll. I don’t understand how rumors get started. Someone out there obviously doesn’t follow the International Snoop Guidelines. When I tell someone the latest gossip, I make sure they repeat it back to me for accuracy before I let them loose to spread the word. Anyway, who knew somebody would take me seriously when I said I was going to kill Georgia. I mean, really? I’d just been saying I’d snuff her for a couple of decades. If I were really going to do it, don’t you think I’d gone ahead back then when our feud started? It would have been an easy task to just blow her up or push her off the cliff into the bay.”

“Now, Roxie, my honest-to-God need to get all the facts on the table requires I, the smarter more detailed sister, butt in, that is, respectfully submit additional information. You see, it’s not just that you always wanted to run down Georgia so she was deader than road kill on a one-hundred degree day, but that you have an uncanny way of stumbling over dismembered body parts and corpses and then feel the need to touch them. Whoever invented baggies never knew the ghoulish ways some people like you might use them.”

“Trixie Frye, stop trying to turn our audience against me. Tell you what, readers, why don’t you read Buried in Briny Bay and decide for yourself? It’s in the Small Town Charm, Love and Mystery boxed set for just $.99. It’s cheaper than a piece of Trixie’s lemon icebox pie and a lot easier on the waistline. We’d love to hear what you think, and come to see us sometime.”

Well, I thought I was getting Bobbye! Welcome Trixie Frye & Roxie Turner! 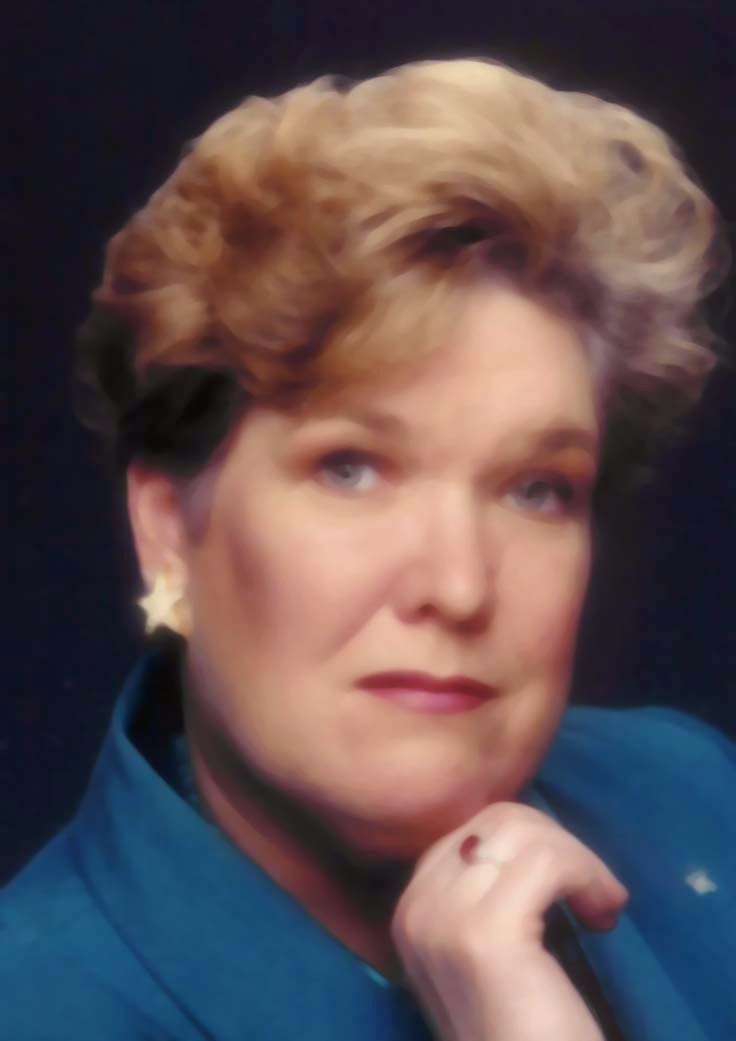 Bobbye Terry is a multi-published author of romantic comedy, fantasy and suspense.  Her writing credits also include inspirational nonfiction books and dozens of national and international magazine articles. Bobbye continues to write with extensive humor, where southern charm sometimes meets macabre reality. Her awards include Eppie finalist and two-time finalist of Detroit's Bookseller's Best Award.
Bobbye resides among the cotton fields in West Texas with a spoiled chocolate Labrador who has a sock-fetish. Bobbye remains a voracious reader of anything from novels to tabloids in the grocery line; a collector and depository of strange and unusual trivia and observed behavioral idiosyncrasies of strangers, and a connoisseur of rich dark chocolate, fine roasted coffee and smooth red wine.